Below you will find a few examples of projects realised by Aldor Automotive. 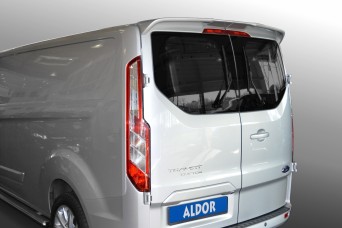 This Ford Custom roof spoiler was developed in collaboration with a European Ford importer. The spoiler is made from PU hard foam and supplied readily painted in body colour.
For the Hyundai i20, we developed a complete range of accessories in mat black PU, including a roof spoiler lip, wheel arch set, bumper protector and a side protection set. These products are supplied to various Hyundai importers. 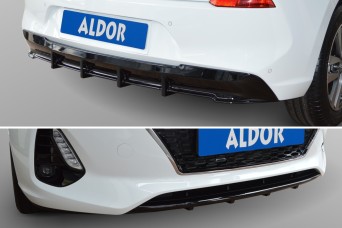 These skid plates were developed to give the i30 hatchback a sportier look. The masking components are made from ABS panels and are painted in high-gloss black after production. They are easy to fit with double-sided tape and screws. 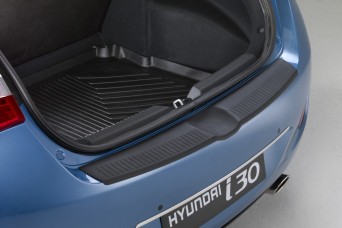 This bumper protector for the Hyundai i20 hatchback had to be functional and have an original look. The ridge pattern of the original interior panels has been incorporated in the design. It can be quickly fitted with double-sided tape. Aldor Automotive continuously develops bumper guards for widely ranging types of cars. 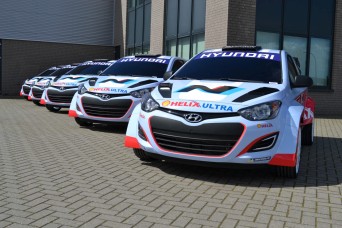 For a European Hyundai importer, 31 replicas of the former WRC rally car were built. A standard Hyundai i20 production model was used as a basis and then converted using polyester modification covers developed by us. Finally the car got a full car wrap. It had to be possible to remove the modifications later on causing as little damage as possible to the car. 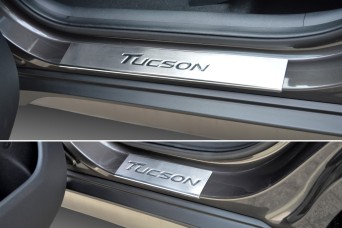 This four-part entry guard set is made from high-grade V2A / SS304 stainless steel. The top surface has a brushed finish. The embossed logo and side edges have a contrasting high-gloss finish. The set can be fitted quickly and easily by means of double-sided tape. 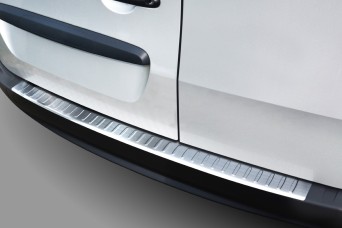 This bumper protector was specially developed for the Kangoo and its sister model Citan. It is made from high-grade V2A / SS304 stainless steel that is given a brushed finish after production. It can be quickly and easily fitted by means of double-sided tape. 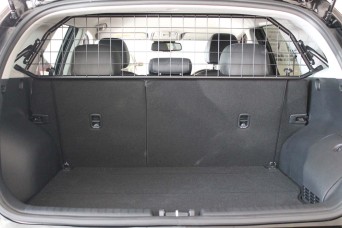 This functional dog guard was developed for the Kia Niro at the request of several Kia importers. An important requirement was that it had to be easy to fit without drilling or making other modifications to the car and just as easy to remove.
A European postal company was looking for a door sill protector for its delivery vans. These PU entry guards provide functional protection against damage, are very attractively priced and can be fitted quickly and easily. The product prevents repair costs and ensures a higher trade-in value of the vehicle. 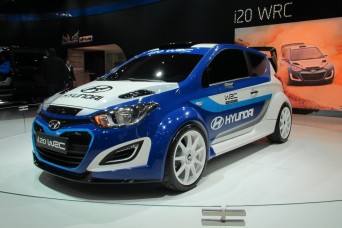 This replica of the former Hyundai i20 WRC rally car was built for the Brussels Motor Show in 2012 by modifying a standard production car. 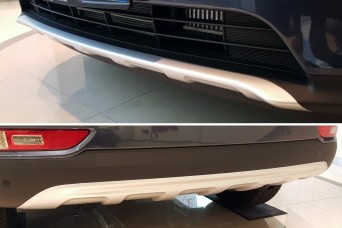 This skid plate set made from vacuum-formed ABS gives the Kia Sportage a tough look. The set is delivered as standard in silver and is easy to fit by means of double-sided tape and screws. 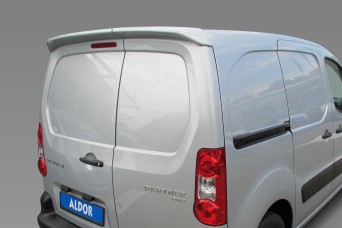 This Peugeot Partner roof spoiler was developed in collaboration with a European Peugeot importer. Two models are available: a two-piece spoiler for cars with two rear doors and a one-piece version for cars with a single tail gate. The spoiler is made from PU hard foam and delivered painted in car body colour.